This is custom heading element

Every member has access to the dormitory printer in the printer room in the entrance area of house 2.

The printer supports duplex and color printing and A4 and A3 printing. The printer can also staple fully automatically.

Printing through USB is not supported/possible. 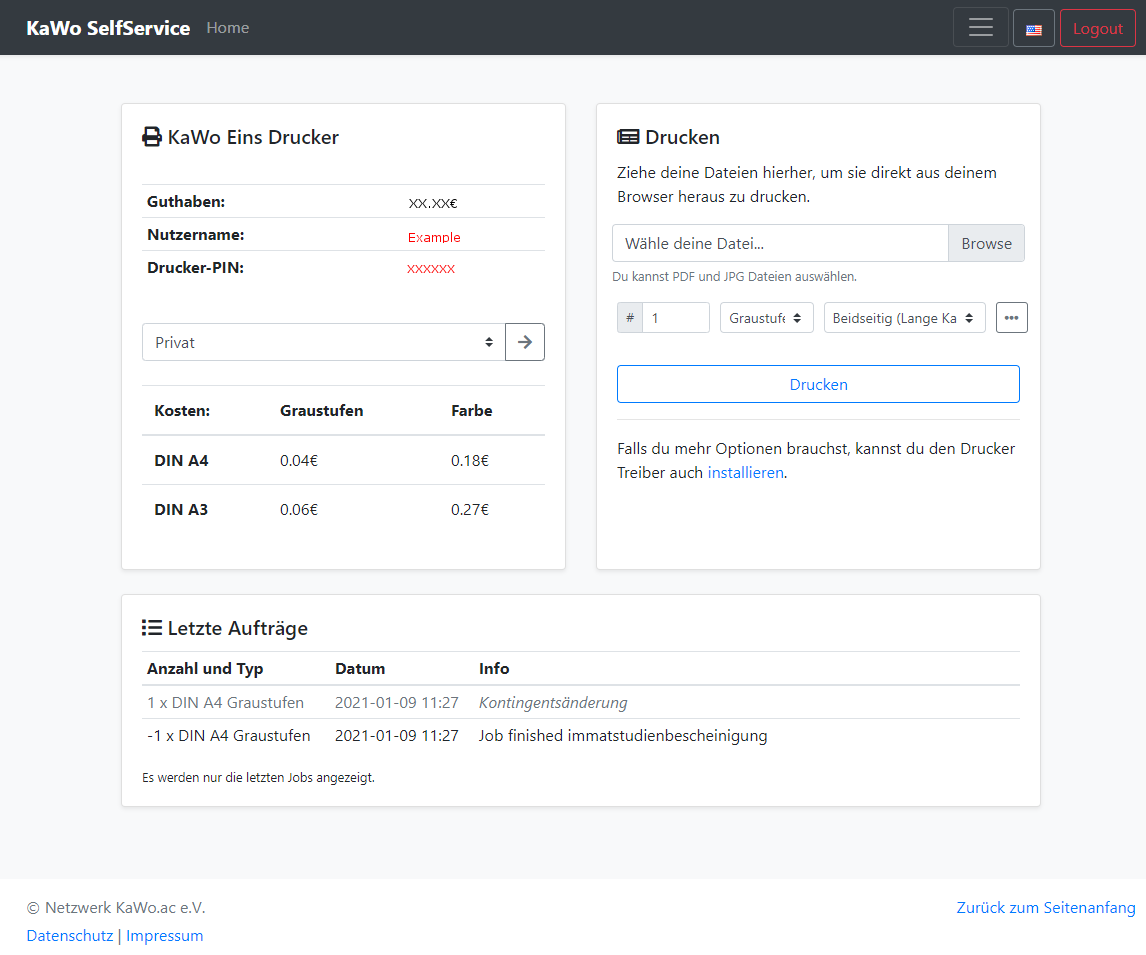 In the new interface, two innovations are introduced. Firstly, we introduce the possibility to print from the website. This means that you no longer have to install the printer driver. In addition, the interface will display the prints so that you can release them or delete them on your own in case of technical difficulties. Prints that are made via the driver must also be released in the portal! In the past, there were often misprints due to technical problems. This feature will reduce this. In addition, the mobile interface can be used to release the printing of sensitive documents while you are already on site.

The change of the system or the conversion that happened here was necessary to bypass manufacturer-side problems of the driver with Linux and MacOS. It is also now possible to print on the move.

This is what the release looks like that you need to confirm to print. This appears in the SelfService. There you can check your selected settings. Prints via the driver must also be released here!

The Drucker AG des KawoEins e.V. takes care of the administration, maintenance and repair of the printer.

If you have any questions about the printer setup or want to contact the Drucker-AG, please select the printers section in the contact form .